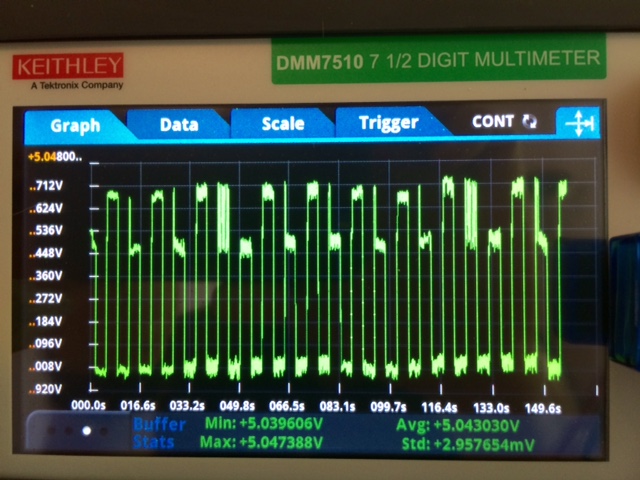 The Charger Doctor is a sub $2 device that displays voltage and current levels while charging a USB device.  There have been several teardown write ups on the Charger Doctor.  It's useful, but does have some limitations.  For example, it doesn't charge iOS devices and it seems to effect the reliability of the WiFi connection on our Raspberry PIs.  This made us want to take a closer look at what the output was doing.

Here we use a Keithley DMM7510 to monitor the Charger Doctor output.  The DMM7510 is a precision instrument with 7.5 digits of resolution and 14 PPM accuracy.  It has a touch screen interface with graphical output, advanced triggering options, cursors, and a whole lot more.  Plus, it is fast (very very fast); capable of sampling at 1M/s.  To sum it up, it's pretty darn cool!
-----


In the video the DMM7510 shows a decrease in voltage when the Charger Doctor displays current.  Also, some instability when displaying voltage.  But remember, the Keithley DMM7510 is a very sensitive instrument.  The change in voltage looks big on the screen, but it is really very small.
----- 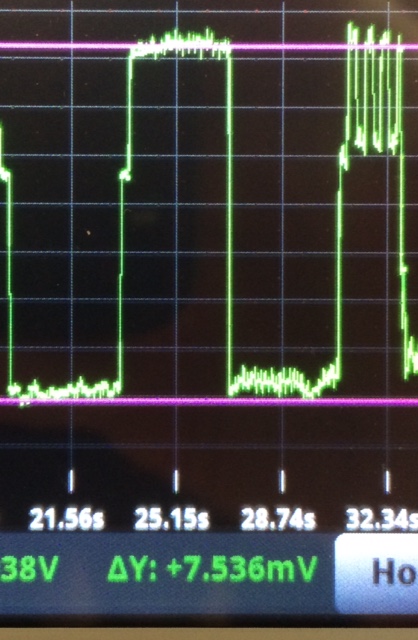 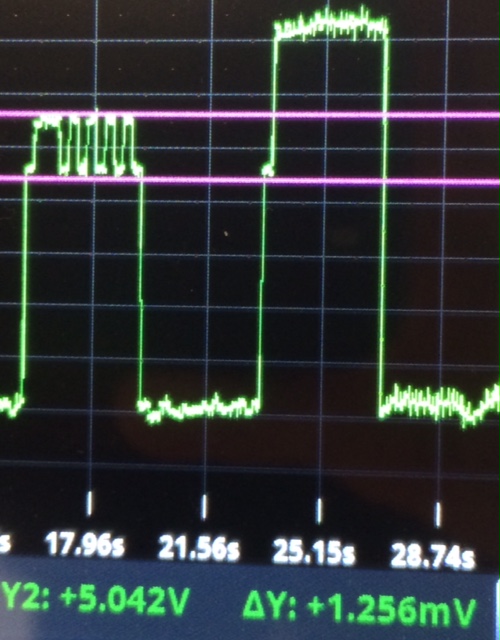 And taking a closer look at that instability when the Charger Doctor displays voltage we see that it is only 1.256mv peak to peak; that's just 0.001256 Volts.  Really, that seems exceptional for a sub $2USD device.
-----
There is a lot of discussion on the web as to why iOS devices don't charge via the Charger Doctor.  With the stability shown, I'm not sure why the Charger Doctor effects the WiFi reliability of the Raspberry PI, but I can say it does.  We set the Keithley DMM7510 to camp on the Charger Doctor output signal and trigger on a larger glitch or voltage spike to give us a clue.  After about 15 minutes the Charger Doctor remained stable within the trigger limits and we moved on with our life.  We do have to take into account that the Charger Doctor was effectively unloaded while making these measurements and that could make a big difference.
-----
Thanks for stopping by.
-----