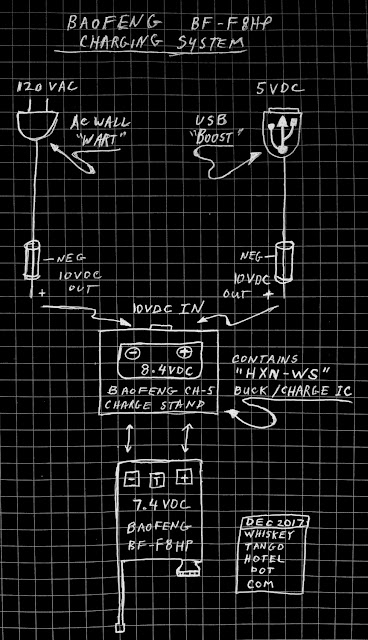 The summary:
- get a Raspberry PI
- get a General Class FCC license (if you don't have one)
- buy the WsprryPI hat
- install the SW from GitHub
- be amazed by your contact report (map above and video below) without ever talking to anyone.
-----
More detail:
There has been an amateur radio (ham) curiosity rattling around in my brain, but the urge was not enough to act on it.  Then I heard about WSPR on the Embedded.fm podcast.  WSPR stands for Weak Signal Propagation Reporter.  Basically there are WSPR beacons that transmit with very low power (100mW for my rig) to WSPR receivers located around the world.  If a WSPR receiver picks up your WSPR beacon signal the communication is logged.  It's used to help study radio frequency propagation and it's fun.  Take a look at the propagation map on WSPRnet.org.  It is amazing the distances these very low power HF signals travel.
---
We then learned that to transmit as a WSPR beacon on the HF bands a General Class FCC Amateur Radio license was needed.  That provided the motivation to get our "ticket".  The sample tests did not seem difficult and we were pleased to find that learning Morse Code (CW) was no longer required.  Fast forward a few weeks and we are graciously entrusted by our Federal Government to be an amateur radio operator.  Cost: $15.  So now what....
----
First we did what all new hams do and buy a cheap HT radio, but that's not important here.... 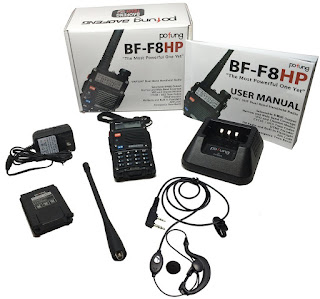 -----
Back to the WSPR beacon...  There are many WSPR protocol transmitters that can be purchased.  We went with the 20m WSPR-Pi kit from TARP.org. 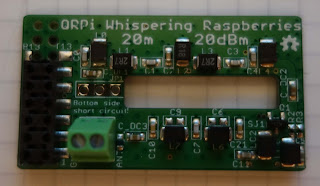 The TARP.org kit was chosen for a few reasons: 1st) we understand the RasPI and had a spare. 2nd) the 'kit' plugs right onto the RasPI GPIOs. 3rd) it seemed really simple.
-----
And, really simple it was (kinda).  We downloaded the software that runs the WSPR transmitter from GitHub and.... it didn't compile.  No worries because after installing a new, fresh, clean OS on the RasPI everything installed as planned.  Next step was to screw on two ~18 feet wires into the transmitter antenna terminals and throw those wires on the floor. The README gave us what was needed to run the software from the terminal command line.  Five minutes later and we already had several transmission confirmations.  Beer was consumed!!!

A comment of CAUTION:  Don't route the antenna or wires to the antenna directly over the RasPI.  When the WSPR beacon transmits the RF interference can cause a reboot.  Moving the position of the antenna should corrrect.
-----
Here is a 24 hour animation of our contacts:

-----
And here is the WSPR beacon signal as it appears on our Tektronix MSO5 scope:
-----
In our short exposure we have gotten a lot more from the ham radio hobby than expected.  Long "ragchews" probably will not be our thing, but there are so many other facets.  For example, we're currently building a Yagi antenna with the goal of communicating (briefly) through a passing satellite or capturing a SSTV image from the ISS.  Anyone that has been curious about the hobby should take another look.  There are many other things to explore (beacons, digital modes, telemetry, satellites, moon-bounce, meteor scatter, remote control, APRS, JT65, fox hunting, amateur TV, etc.) than talking on the air and that makes it interesting.
-----
73s!