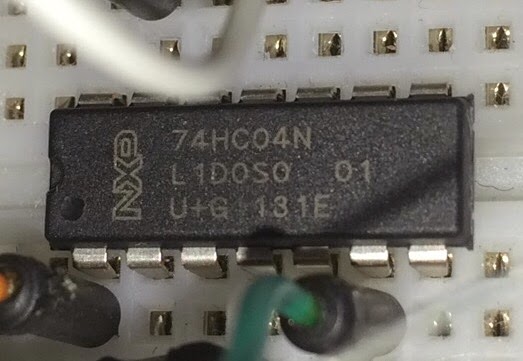 -----
It takes some time for an electrical signal to travel down a wire or through a logic gate.  Not much time, but some.  It's called propagation delay (tpd) or "prop" delay.  We had a 74HC04N on the breadboard from our recent Rasperry PI CPU Usage Tachometer project and decided (for reasons unknown) to measure the prop delay of this chip.  The 74HC04N is a simple IC that turns a logic "0" into a "1" and turns "1" into a "0".  It has "six" gates to "invert" digital signals; thus the name "hex inverter".

----
For our measurement setup we used the Tektronix MDO4104B-6 oscilloscope.  It has plenty of what it takes to make this simple prop delay measurement and we had one handy. Since passing through one gate inverts a digital signal, passing the signal through two gates (or any even number of gates) will invert that signal back to it's original logic level.

Here is a 5VDC signal propagating though two gates.  The yellow trace is the input and the blue trace is the output after passing through two gates.  Using the scope cursors we measure the prop delay at 12nS  (nS or nanosecond = 10EE-9 seconds).  That's an average of 6ns per gate. 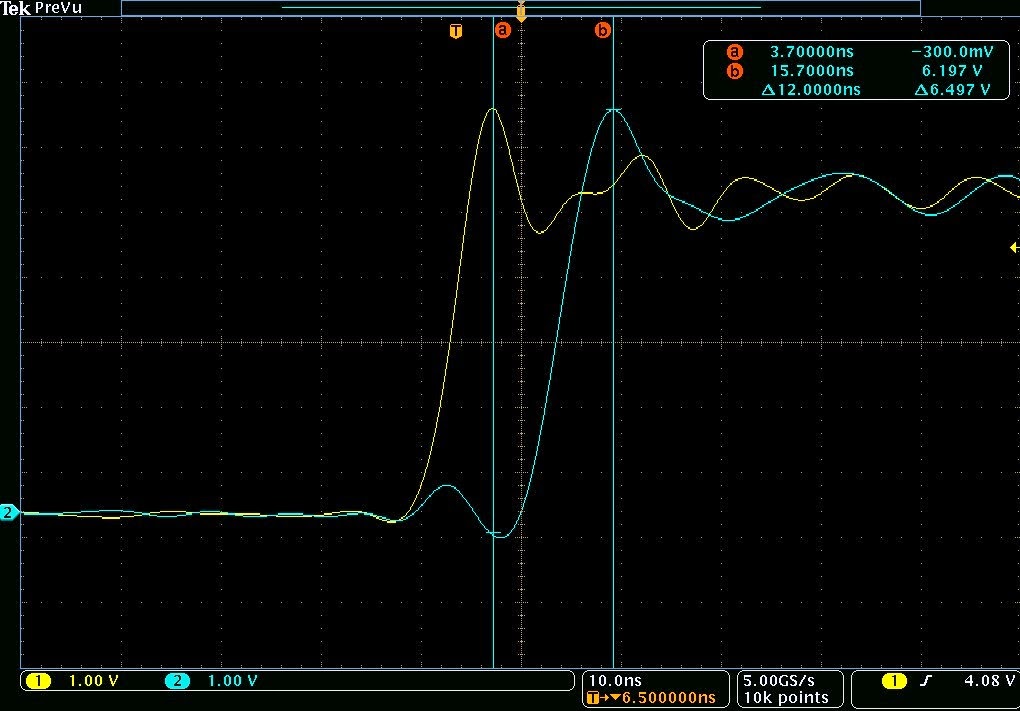 -----
Here is a 5VDC signal propagating though all six gates.  Again, the yellow trace is the input.  The blue trace is the output.  The scope cursors measure the total prop delay at 33.2nS (as well as some signal degradation from loading) for an average of 5.53nS per gate. 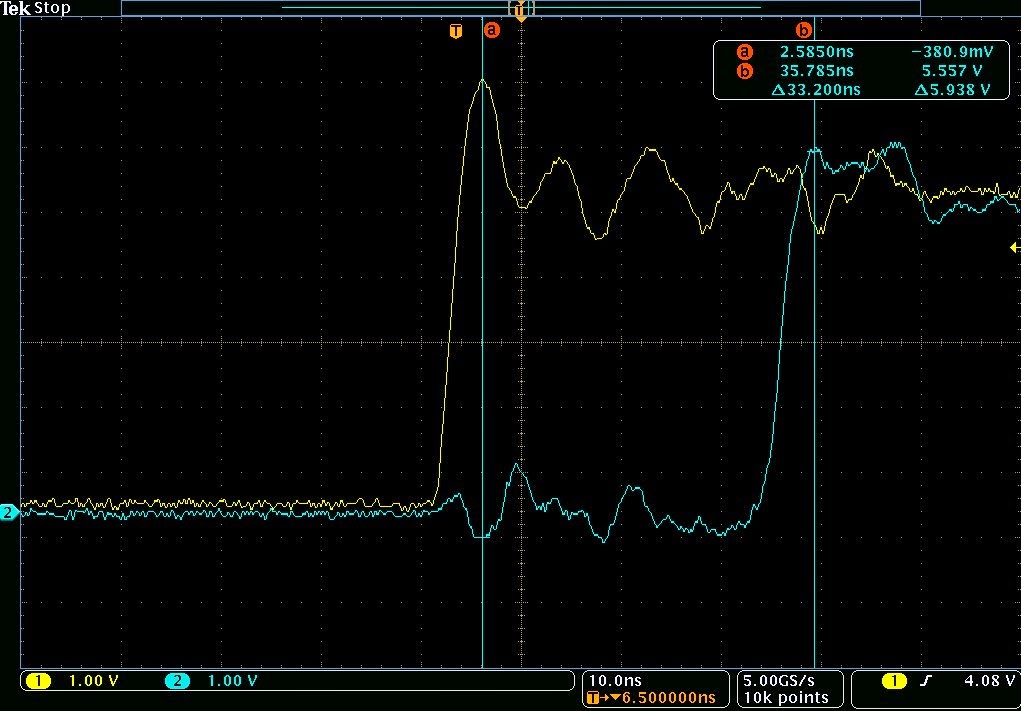 -----
Is that prop delay good or bad?  Well, we have to consult the device datasheet.  For a 5VDC setup NXP specs their 74HC04N at 7ns per gate typical, so our chip is beating the spec!  As far as it being good or bad depends on your application.  For most low speed hobby projects prop delay isn't even a consideration.  If you are designing high speed circuits then race conditions and prop delay specs become important to your design.
-----
UPDATE: Special thanks to all the .EDU sites for checking in!