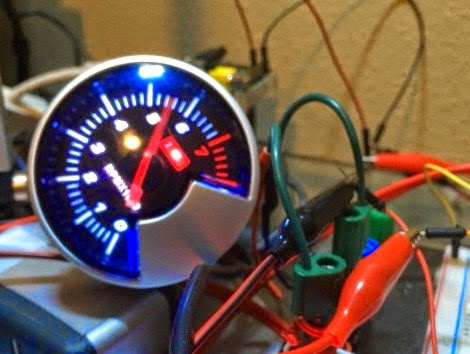 We had an old car tachometer laying around the labs (beats me why...) that seemed perfect for some type of project.  But what?   Since it is pretty common to see a car looking tachometer as a CPU usage meter on the desktop of a PC we decided to create a hardware version of this for the Raspberry PI.

Basically what we are going to do is read the CPU usage on the Raspberry PI.  Then convert that CPU usage value into a corresponding frequency.  That frequency will be output via GPIO on the Raspberry PI pin 11 to drive the tachometer.
----
First step is to characterize the tachometer and find out what type of frequencies made the needle move.  The Tekronix 3252C made easy work of that.

----
The spreadsheet below shows what frequencies move the tachometer needle to what position. 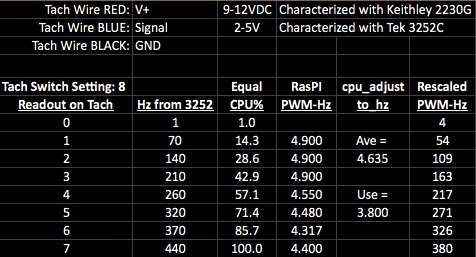 We also used this spreadsheet to calculate a multiplier to adjust the CPU usage reading on the RaspPI to a 0 RMP to 8000 RPM reading on the car tachometer.  It's a pretty simple calculation and you can see how it is used in the Python source code below.
-----
The tachometer needs 12VDC to power it, but the input signal to move the tachometer needle needs to be 5VDC.  A 7805 voltage regulator solves that problem.  Also, to buffer the RasPI GPIO a 7404 was used to drive the RasPI signal into the tach.  The connection looks like this: 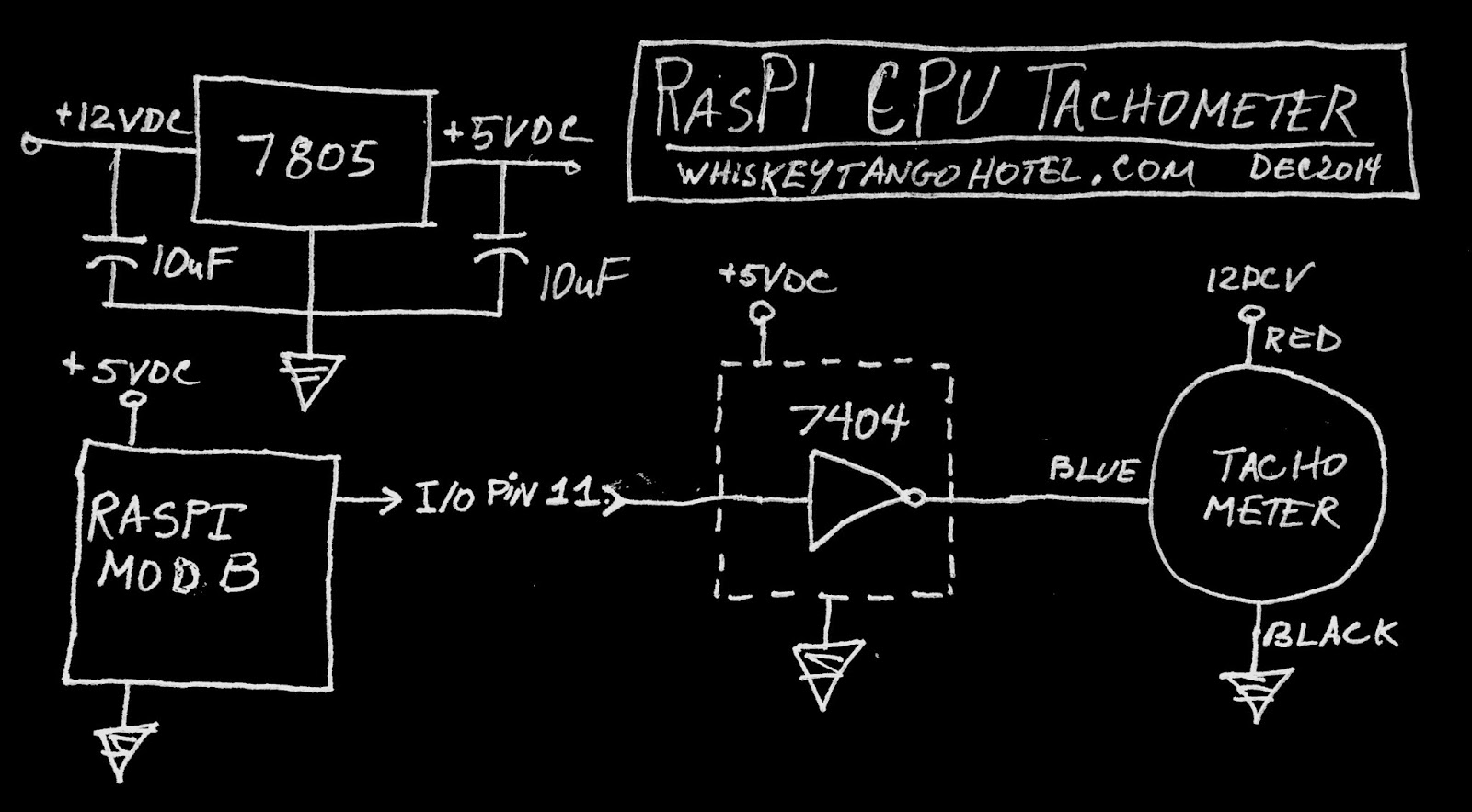 ----
Using some Python code the end result is this:

In the video you can see how moving the mouse around on the Raspberry PI increases the CPU usage making the tachometer reading increase.  When the Chromium web browser is launched the CPU usage goes to 100% and the tachometer needle 'redlines'.
-----
The Python code is straightforward.  Drop us a line if you decide to duplicate the build!