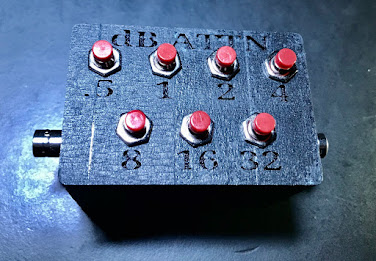 One of the many aspects of the ham radio hobby is finding a hidden transmitter; also called a fox hunt.  These are often set up by local clubs as a fun social activity, but they can also be competitive athletic events.  We had done a few fox hunts for fun, but were unsuccessful in finding the transmitter.  What we learned is when you get close to a transmitter (regardless of the power it is outputting) the signal becomes so strong there is no way to reliably get the direction information needed to track it down.   It's basically like a bright light blinding you and sunglasses are needed to reduce the input getting into your eyes.  To reduce the radio frequency (RF) signals picked up by your receiver (from the fox) an attenuator is used.

We saw this HMC472 Digital RF Attenuator Module on sale for $10US and thought it would be a cheap and simple project to solve our fox hunt problems.  We were wrong.....

It's not the module's fault; it works as spec'd.  Here are our measurement results from the bench:

-----
Wow, ten bucks buys a lot!   So....   what's the issue?  Well, after 3D printing a box for the rig we took it out into the field for a test drive and learned that 32dB attenuation is not nearly enough.   You need at least 100dB from what we later discovered.   Still, the final product came out nice, it did work as advertised, and things were learned.  We're gonna call that a win.  We could cascade a few modules to get more attenuation, but there are better solutions.  Here are some details on the simple build: 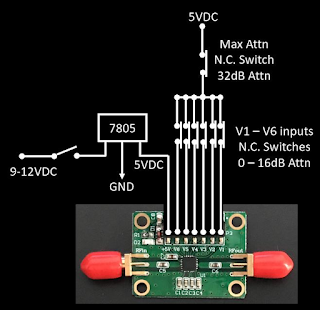 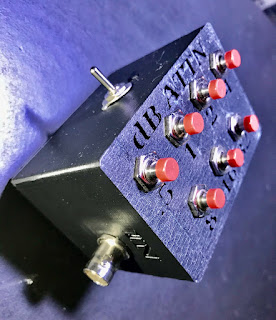 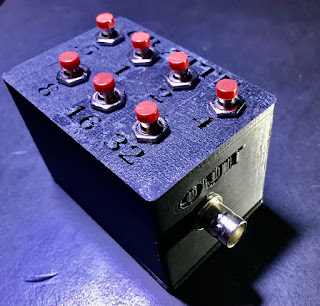 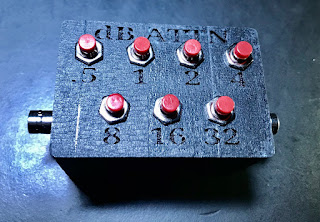